Entrepreneur, tech enthusiast and amateur surfer, the corporate career he left behind served as the inspiration for his current vision.

Check out Tim's profile on LinkedIn to find out more about his professional career.

Tim's insights have been published in: 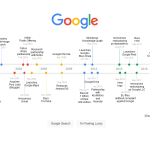 Updated on July 19, 2022 Google is nearly a quarter century old: 24 years of existence on September 4, 2022. The company has come a long way; from a search engine built in a garage to a massive, all-pervasive company, holding and giving us the answers and solutions to most of our queries. Today, most of us see “Google” as a synonym for “Internet” and “search”. Back in … END_OF_DOCUMENT_TOKEN_TO_BE_REPLACED 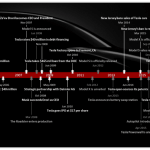 Over a year ago, Elon Musk shook the auto industry by announcing the Tesla Model 3, a more affordable all-electric sedan that would rival best-selling luxury cars. Today is the official launch of the long-awaited vehicle, and Tesla is handing over the keys to the first 30 lucky owners. Model 3 is set to become the automaker’s first mass produced electric vehicle and, if … END_OF_DOCUMENT_TOKEN_TO_BE_REPLACED 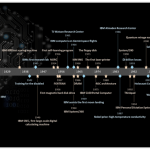 Founded on May 6, 1911, originally under the name of CTR (Computing Tabulating Recording Company), IBM has survived and thrived for over a century. Throughout the years, the company has not only witnessed major historical events – it’s actually made history. A pioneer of information technology, the International Business Machines Corporation has been constantly bringing … END_OF_DOCUMENT_TOKEN_TO_BE_REPLACED

Updated on July 29, 2022 On May 5, 2003, what was to become one of the largest and best-known companies in Silicon Valley in less than two decades was launched under the name of LinkedIn. Built as a business-oriented social network, it has now grown into a massively successful public company that generates billions of dollars in revenue and boasts more than 800 million … END_OF_DOCUMENT_TOKEN_TO_BE_REPLACED 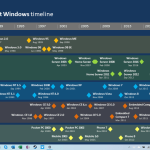 Updated on July 28, 2022 Since its first release in 1985, the Microsoft Windows operating system has seen numerous adjustments and quite a few major transformations. Now, almost four decades later, the OS looks very different, but still familiar, with staple features that have survived throughout the years. Let’s take a brief look into the history of the world’s most … END_OF_DOCUMENT_TOKEN_TO_BE_REPLACED