Passionate about beautiful design, seamless user experience and clean code, Eddy is the engine driving us to make a better product.

Eddy’s favourite moments are when he gets to talk to customers and find out new ways to improve the app – his enthusiasm and attention to detail are a source of inspiration for the rest of the team.

Find out more about his career from Eddy's LinkedIn profile.

Explore some insights shared by Eddy in: 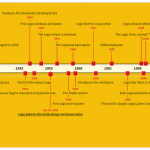 This Sunday, the Lego brick turns 60! Children and adults worldwide have played with Lego sets for the past six decades, and the famous toy bricks are still as craved as they’ve always been – and just as feisty as ever despite the ripe age, as you may notice when accidentally stepping on one. The Lego brick hasn’t changed in appearance from the day its well-known design was … END_OF_DOCUMENT_TOKEN_TO_BE_REPLACED 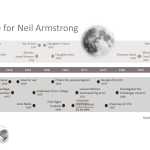 Updated on August 2, 2022 Born on August 5, 1930, Neil Armstrong will forever be remembered – maybe despite his wishes – as the first human being to walk on the moon. A humble, private person, the iconic figure was described by his close ones as a “reluctant American hero” who believed he was just doing his job. While he was proud of the role he played in the moon landing, … END_OF_DOCUMENT_TOKEN_TO_BE_REPLACED 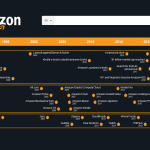 Updated on July 15, 2022 Amazon’s history is most certainly wild and chock-full of controversy. Nonetheless, at its core, it’s one of the most famous business success stories about how perseverance against all odds and staying on the critical path is the only way to transform vision into reality. Jeff Bezos, the founder of Amazon, started the venture as an online book … END_OF_DOCUMENT_TOKEN_TO_BE_REPLACED 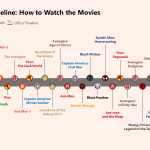 Updated on August 29, 2022 Are you having a tough time figuring out how to watch the Marvel movies in order? You're not the only one. The Marvel Cinematic Universe (MCU) is an incredibly complex and interwoven set of superhero stories peppered with time travel and retconning. As of such, both diehard fans and those who’ve recently acquired a taste for the genre can sometimes … END_OF_DOCUMENT_TOKEN_TO_BE_REPLACED 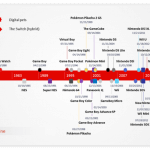 A giant in the gaming industry that has revolutionized video game play, Nintendo has recently launched its latest development, the Switch, in a bid to continue its tradition of innovation. Released worldwide on March 3, 2017, Nintendo Switch is a hybrid that can be used both as a home console and as a portable device. Although it has enjoyed strong sales in its first few weeks, … END_OF_DOCUMENT_TOKEN_TO_BE_REPLACED